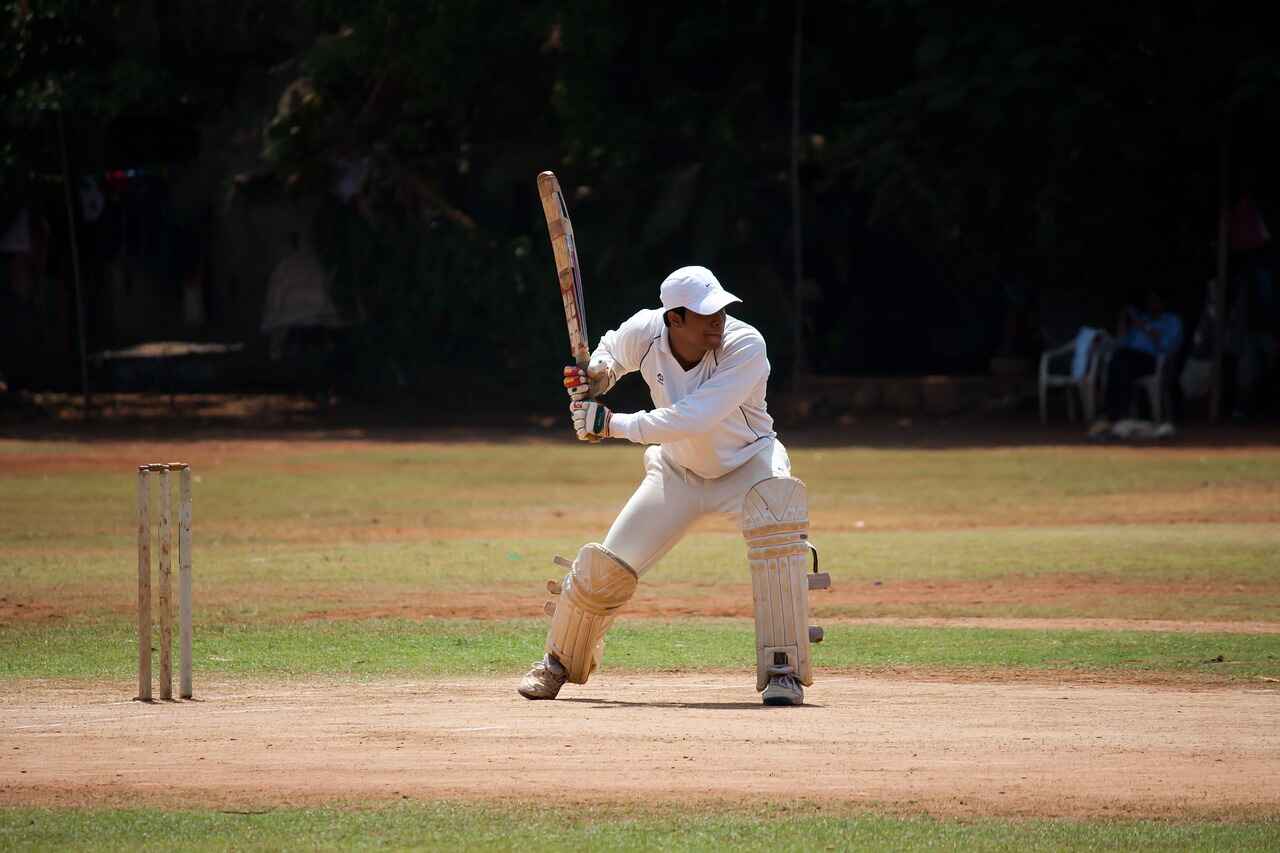 In this article, we are going to know about the Top 10 Richest Cricketers In the World. We have listed out what makes them the richest cricketer in the world. Their brand endorsements, investments made by them, and companies they own.

Cricket is one of the most loved and followed games across the globe. Originated under British Empire in the 16th century and it gained popularity in other parts of the world with the Expansion of the empire.

With the start of many domestic and Frenchies leagues like IPL, BBL, CPL, PSL, and The Hundred, players started earning huge money playing for their respective countries and also playing in these leagues. This in turn started gaining popularity and more countries started playing the sport.

With the massive fan following and particularly in the sub-continent, many companies and brands want to make these hugely successful and popular stars face their brands.

The other reason this game gaining so much popularity is the inclination and interest of stars from the movies industry and thus in turn making this sport more commercial and viewership growing at the rate of knots.

Without much further ado, let us get started with the list

Top 10 Richest Cricketers in the World:

Standing at Numero Uno is The God of Indian Cricket – Sachin Ramesh Tendulkar is the Richest Cricketer in the World.

Started his career at a very tender age and faced the fiery fast bowlers of the world. At the very beginning of his career, he stamps his authority on the game.

Sachin holds the record of 100 centuries across the format, the Most Runs 34357, the Most number of tests, and ODIs 200 and 463 respectively.

His love for fashion could be associated with his apparel brand True Blue. He has invested in startup companies like Spinny.

Tendulkar’s massive followers and fans make him one of the most loved and followed sports personalities in India.

Number 2 is held by none other than The KING himself Virat Kohli.
The youth icon of India Virat Kohli needs no introduction. He is a run machine, fearless, and super competitive. He is not someone who gets bough down easily.

He leads by example be it fitness or helping the team win matches. Virat is in the A+ grade bracket and draws a salary of whopping INR 7 crores per year.

He has been associated with the IPL team since its inception. Royal Challengers Bangalore signed him for massive INR 18 crores.

One other reason that makes him on the list of the richest cricketer in the world is his investments. He currently runs several companies like Wrong(Apparel brand), One8(Sports apparel), ChiSel Gym(Fitness and Gym), etc.

The list of the Top 10 Richest Cricketers in the World would not be complete without Mahendra Singh Dhoni.
IPL team CSK Thalaiva, Captain Cool is the most successful captain of India. Be it the ICC T20 world cup, ICC 50 Overs Word Cup, Champion trophy, Champion League, or IPL titles, he has it all.

The Finisher of team India, there are numerous incidents when he won matches for his team single-handedly.

When the team is down and out, he rises from the ashes and makes the impossible possible.
Dhoni is a leader who leads with an example. It would not be wrong if say brand ran behind him.

Dhoni has major stacks in the Football league team Chennaiyin FC and Hockey team Ranchi Rays. Dhoni is understandably placed at #3 position in the list of the Top 10 Richest Cricket in the World.

Jacques Kallis is unarguably the best all-rounder in the history of the game.

Having represented South Africa in 519 international games and hold the record of 25534 runs and made 577 victims of this deadly bowling.

He played a very crucial role in helping the IPL team KKR lift the trophy in the years 2012 and 2014.

The British sports equipment brand Slazenger had a deal with Kallis for many years. He has been endorsing many brands like Pepsi, and Advanced Hair Studio and recently signed a deal with Africa Spice.

He also owns a sports management company named Smart Sport Management. With a net worth of approx. $72 Million brings him to the list of the Top 10 Richest Cricketers in the World.

Ricky Ponting famously known as Punter was the Most Successful Captain in the world. His records speak for themselves.

Winner of the Most of ICC World cup. He lead Australia in winning the 2003 and 2007 ICC Cricket World Cup and was a part of the 1999 ICC World Cup.

He was a brand ambassador of Kookaburra cricket bats and world-class companies like Adidas, Rexona, Valvoline, and Pura Milk have signed him for their brand endorsements.

He also owns a fine wine sourcing company Three Kings Merchants and Ponting Wines. The IPL team Delhi Daredevils roped him in as a head coach in 2018.

Being The legend of one of the richest cricketing boards in the world certainly makes him one of the Richest Cricketers in the World.

Sitting on number 6 is The Prince of Trinidad – Brian Charles Lara.

Brian Lara holds the record for the highest individual score in a Test inning of 400 not out when he made the mockery of the England attack.

He is one of the only three cricketers who has been awarded the prestigious BBC Overseas Sports Personality of the Year.

He endorsed many brands like MRF, Usha, Bsecure, and more. He has been seen actively playing and promoting Legends leagues which work for Road safety and awareness programs.

Lara, the legend of West Indies cricket with a net worth of approx. $63 Million makes him the Richest Cricketer in the World.

Number 7 on the list of Richest Cricket in the World is the Magician himself Shane Warne.

The Australian legend holds the record for most test wickets in test cricket history. His mystery delivery to English batter Mike Gatting on June 4, 1993, is declared “Ball Of The Century”. Warne’s popularity in the cricket circuit across the globe makes him the face of World cricket.

Winner of 3 ICC 50 overs World cup and Captain of the Winning team Rajasthan Royals in the inaugural IPL in 2008.

Post-retirement he is actively working with many aspiring cricketers and sharing his honest views in the cricket commentary.

He has been also seen promoting sports to other non-cricketing nations and all these elude him to the list of the top 10 richest cricketers in the world.

Number 8 belongs to The Nawab of Najafgarh – Virender Sehwag.

Sehwag believed in the mantra “Why to run when you can hit boundaries”.

His fearless attitude and boundaries-hitting ability used to give sleepless nights to the opposition team. India’s one of the most successful opener hold the record of two triple centuries in test cricket history.

Viru has been involved in many endorsements like Adidas, Reebok, Samsung, Boost, etc.

He currently runs an international school that gives all-around education to students from a very young age.
He also runs an online apparel brand with the name VSShop.

He played a very vital role in helping Australia win the ICC World cup 2007 and 2015.

The dashing power hitter Watto is busy playing different league tournaments across different countries making him one of the richest cricketers in the world.

He was one of the highest-paid cricket in IPL 2016 where he was signed with Royal Challengers Bangalore for whopping INR 9.5 crores. He currently owns a company named T20Stars which makes innovative cricketing gears affordable to anyone.

The number 10 on our list is our very own THE Yuvraj Singh – The Swash Buckling Cricketer.

Yuvraj Singh – One of the most successful all-rounders that India has ever produced.

A true match-winner and was the main cog of the wheel for team India in many ICC tournaments. The hero of the inaugural T20 World cup 2007, Champions Trophy 2013, and ICC World cup 2011 is THE biggest achievement of his cricketing career.

His huge popularity and fan base across the world made him the face of many companies. He has endorsed brands like Reebok, Puma, Hero Honda, LG, and many more.

The introduction of IPL made him a hot-selling potato for many teams and was the highest-paid cricketer in 2015 when Delhi Daredevils bought him for whopping INR 16 crores.

He runs YouWeCan – a charitable foundation for spreading cancer awareness.

He also owns an apparel fashion brand with the name YWC which is quite popular among the youths. He truly deserves to be the Richest Cricketer in the World.

No comments to show.
Go to mobile version